Summer is coming! Your calendar is open but you know you want to head to Devon, but what to do? Got the kids in tow? Going alone? Or maybe with a group? There’s so much to do, you won’t know what to choose!

Here are 10 of the best things to do during summer in Devon.

The haunt of pixies, the Hound of the Baskervilles, a headless horseman, and the Black Dog, Dartmoor drips with history and legend. Great walking for different abilities and ages with something to see wherever you go. Check out the menhirs and stone circles that go back to prehistoric times or or try spotting the many rare species of bird as you attempt the Ten Tors Challenge. Crack out the Robert Louis Stevenson and get exploring.

The Jurassic Coast runs along the south-eastern rim of Devon and is one of the world’s best sites for amateur fossil hunters. It is a World Heritage site – archaeology was basically invented here – and is perfect for kids and adults. Experience the incredible feeling of seeing a fossil nobody has ever seen before as you pluck it from the earth and split it open yourself.

Take a Stroll on Exmoor

A unique mix of woodlands, moors, valleys and farms, Exmoor has something for every nature lover. Stunning coasts, ancient forests, deep valleys, and picturesque towns all make Exmoor a must for any traveller this summer! Get a cream tea in an ancient village or tear up the tracks on your BMX, or do both, it’s all good!

Both the north and south coasts of Devon have great surfing, but the best spot by far is Bideford Bay in North Devon. Facing west into the vast Atlantic Ocean, it gets some of the best swell in the UK as the big rollers come straight off the sea. Keep an eye on tides and the weather forecast: conditions can change quickly. Great for learners and the more experienced, the North coast has something for everyone who wants to get tubular.

Treat yourself to a Cream Tea

The quintessentially English tradition of cream tea is an absolute must for any traveller to Devon. A pot of tea with scones, clotted cream, and jam does not sound that special, but just wait until you have tried one! The quest for the best cream tea in Devon is on!

Cornwall does not have a monopoly on pasties: Devon stands up for itself in the pasty wars. There is a huge variety of fillings available for this traditional meal, which was originally made for miners who needed a way of getting a clean meal down a mine – break off the thick pastry and tuck in. Nowadays, we eat the whole thing! Veggie and vegan options are available nearly everywhere too.

Devon is famed for its orchards, which produce some of the best cider in the world. Devonshire scrumpy is something any discerning traveller has to try; but be warned, it can be stronger than it tastes! Nearly every town and village have their own special brew, so be sure to ask the locals what’s good.

The history of England is one of conflict; those conflicts still leave traces on Devon in the form of beautiful castles and forts. From Palaeolithic hill forts to massive castles, you can’t go far in Devon without stumbling on some stunning ruin or imposing castle. Most of them are open to the public and make a fantastic stop off for the kids, who will love the experience.  Dartmouth, Totnes, and Okehampton are all worth visiting, but you will be spoiled for choice!

Devon has an embarrassment of stately gardens and houses. Bicton Park has a gorgeous botanical garden that dates back 300 years with a stunning collection of plants you would never believe grow in the UK. Docton Mill is an early example of modern naturalism; Winsford has a walled garden that will inspire any imagination, and Pecorama Pleasure Gardens cannot be missed. The unique climate of Devon has made it possible to grow even tropical plants, they have to be seen to be believed.

Visit a Stately Manor, or Abbey 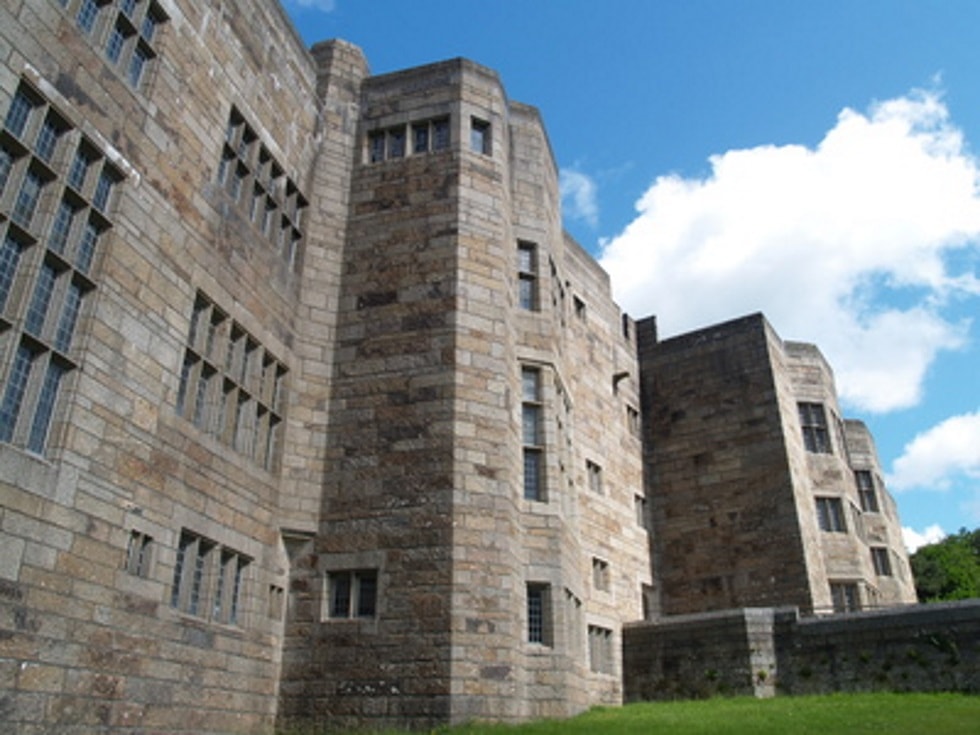 Torre Abbey is a 12th century monastery that is one of the finest surviving examples in the UK. Hartland Abbey has huge grounds to roam around, Compton Castle is a beautiful fortified manor house, and Castle Drogo (not of Game of Thrones fame!) has some of the best views of Dartmoor anywhere. A great choice for a rainy day with the kids or a relaxing stroll by yourself, you cannot fail to relax and enjoy the gentle sights and sounds.